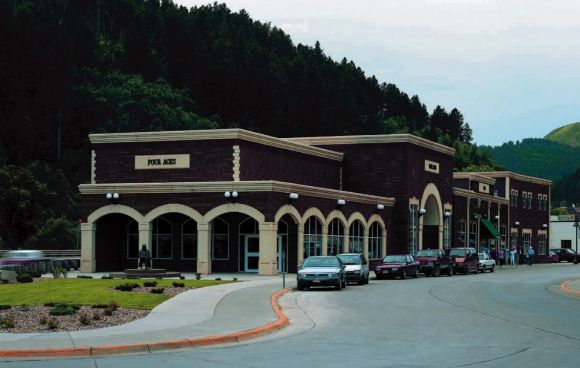 Serving as an anchor for Deadwood’s lower Main Street, the Four Aces Casino and Gaming complex was designed and built to replicate and blend in with the historic buildings of the area. The first phase of the project involved the construction of the Four Aces Gaming and Restaurant, a three-story building with a brick facade. Phase II included the addition of a 59-unit Hampton Inn Hotel, new gaming rooms, full basement with swimming pool, meeting rooms, and public restrooms.