The things that leave us have a tendency to come back to us sometimes, and that is the case with Dean Kurtz Construction’s latest project. One of their newest construction projects is a remodel of the old Ciao! building, which previously had been Dakota Soda, which Dean Kurtz had designed and built. They will now be remodeling it to become Klinkeltown, a gourmet burger and grilled cheese restaurant. 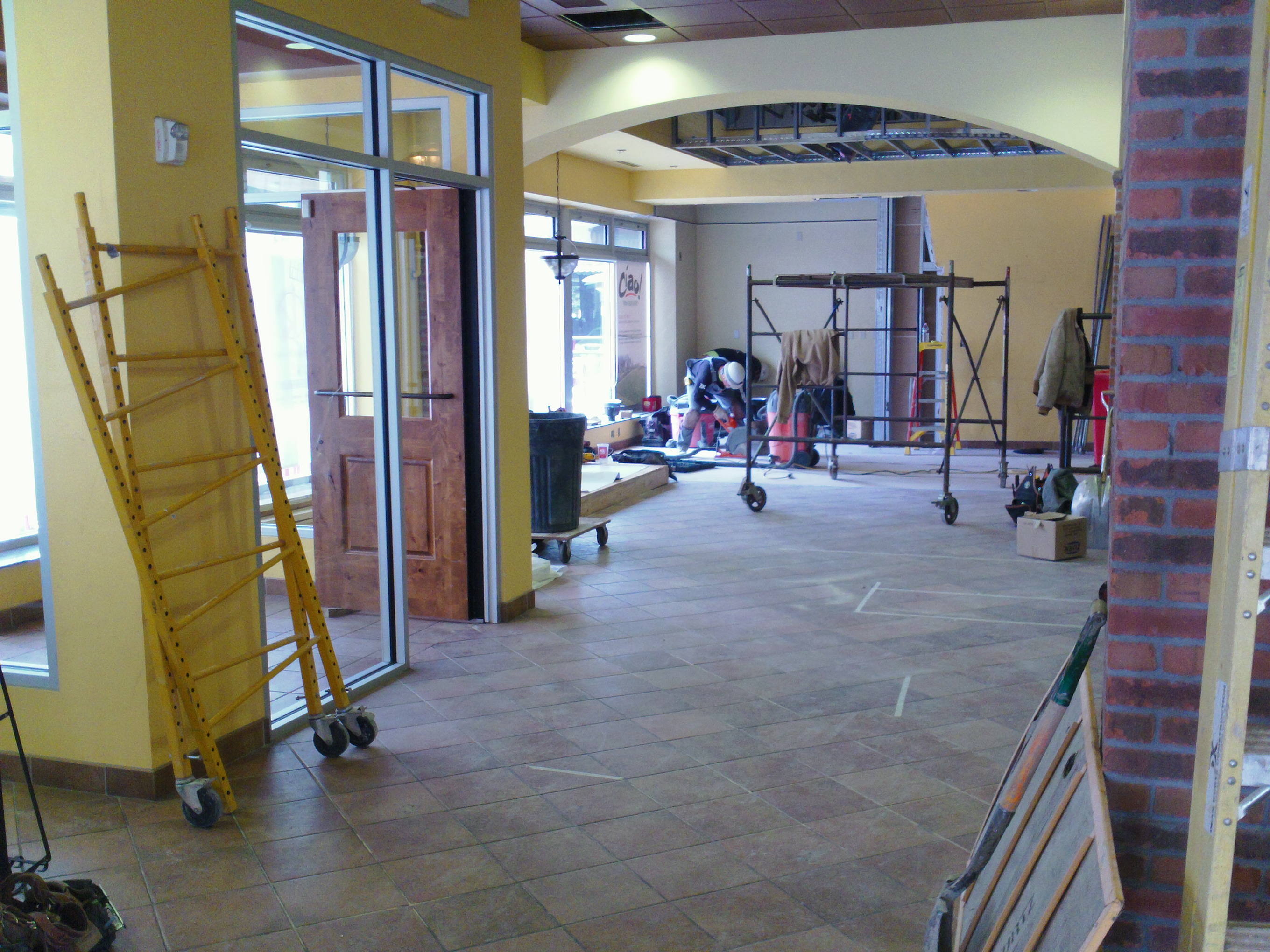 “We did Dakota Soda, someone else did Ciao!, and now we’re basically putting it back the way it was before,” project manager Kasey Kurtz said.

For this remodel project, Dean Kurtz crews are redoing all of the finishes including repainting, putting in a new bar, and putting in a new mechanical system. One of the more difficult jobs that they are undertaking is to move the grease hoods that are currently installed in the building. According to Kurtz, moving the grease hoods are the more difficult part of the remodel.

“It’s a pretty involved process,” he said. “There’s a lot to it and a fire suppression system inside, so everything is based around that.”

As part of one of their newest construction projects, they will also be adding in a new point of sale system in the middle of the restaurant, as well as a new pass through window the opens onto Main Street Square so that people can order from the patio outside. There will also be new lighting throughout the inside of the restaurant. The entrance into Main Street Square will also be remodeled to include two sets of double doors, making it a smoother and larger opening for guests.

Kurtz said with a project like this, it’s hard to plan for a lot of things.

“There are a lot of uncertainties (with a remodel),” he said.

Crews began work on Klinkeltown on March 6 and plan on being done and opening the doors by late April, making it a very quick turn around on this remodel.